This is the second installment in our series of “How to attack the King.”

In our last article we dealt with the a King Hunt. King Hunts  happen for various reasons whether the King has castled or not. The point of a King Hunt is to lure the King away from his home. ( If you want the read the previous article click here)

The is another case, suppose the player has been lackadaisical in seeking safety for his King? What can we do? What should our approach be?

Well, you luck reader, that is why I am here!

Attack the King that is Uncastled

The starting position in chess has 2 initial weak spots. One is the square f2/f7 and the other is the open e-file. This article is going to deal with specifically the attack along the open e-file, in the next article we will deal with attack on the f2/f7 squares.

Attack Along the e-file 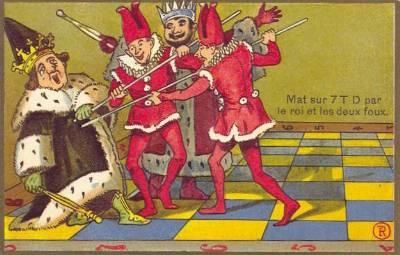 Next article: Attack on the square f2 or f7

A nice article on e-file attacks can be found here

2 thoughts on “Attack the Uncastled King”